Sometimes watching a video stored on our Android device can become quite an ordeal. Due to the large number of formats and codecs that are handled today, it is usually more than usual that our player cannot play it and we have to try other alternatives. Fortunately, the number of video players for Android that populate the market is staggering, many of them of truly remarkable quality.

Playing videos on mobile is one of the main reasons we have one (you can also take a look at the best music players for Android). Viewing them via streaming is a good option, but we will not always be able to access the mobile network or WiFi, either because we go by plane, trains, or by subway in which mobile networks may not be as stable as we would like.

In this article we are going to classify a list in which we will try to find the best video player for Android, seeking that they offer us great support of formats and that they have a good variety of options that allow us to enjoy our videos in the best way possible.

MX Player is one of the best video players that we can find in the Play Store, it offers us an impressive overall performance. The best thing about MX Player is that it offers quality playback and is very easy to use.

MX Player supports hardware acceleration on single, dual, and quad-core processors. It also supports subtitles. Another surprising feature is a children mode that allows you to save the content that you want to keep away from the little ones in the house.

Zooming and zooming out works perfectly. It also has several plugins and other functions that will make this player one of the most recommended and almost essential to have on our Android smartphone, one of the best and most used. 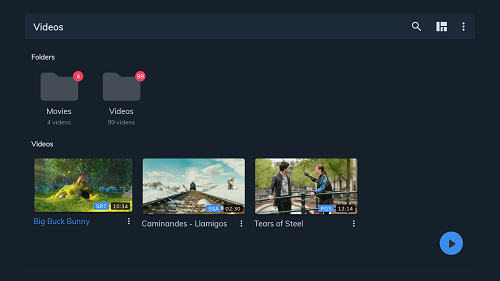 VLC is, without any doubt, the most popular video player out there, especially on PC. This is due to its incredible ability to play various video formats with ease.

The VLC player for Android has been (and is) beta for a long time, but it has a large number of users who trust its quality since it has earned it due to the great reputation it currently has on PC.

In addition to its reputation, VLC media player offers us hardware decoding for a multitude of devices. Like the PC player, VLC Beta also supports multi-track audio and subtitles.

It also plays a wide range of audio codecs, be it H.264 or MP4. This player is very stable and highly recommended. The top candidate for the best video player for Android. 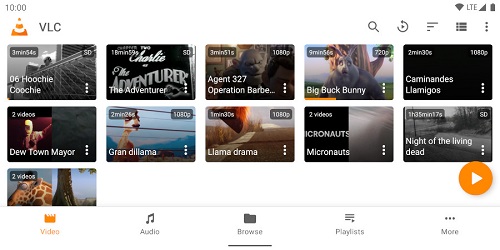 This spectacular video player for Android has burst into force and has already made a niche among the Android community. It is compatible with all video formats and is also capable of playing 4K or UltraHD content. That's not all, since it also has functions that other players do not have, such as being able to protect a folder with videos and thus have privacy in case of loss, for example. It can play subtitles and has hardware acceleration, which will provide the best possible performance on your Android smartphone or tablet. Without a doubt highly recommended, it is worth to be tried.

It plays videos in 4K and Ultra HD and supports a huge number of video formats from MKV, MP4, M4V, AVI, MOV, to 3GP, FLV, WMV, RMVB, TS, and many more. One of the best-rated players on Google Play with 4.8 stars. 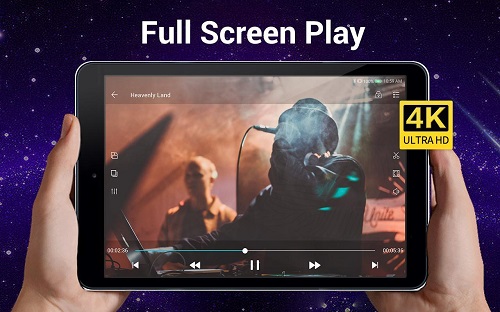 PLEX is a somewhat special video player since it allows you to configure a remote server (such as the PC) to play content and be able to watch videos without having them stored on the mobile. It offers compatibility with Chromecast, and for some time it also has a small online television service with free series and movies. An application with which you can set up your own home Netflix in a matter of a few minutes. 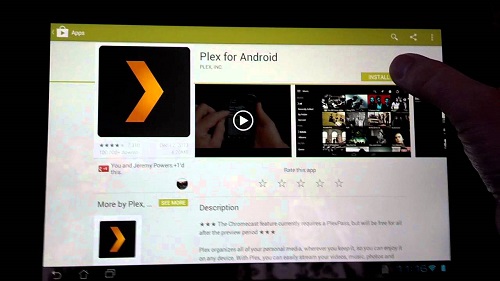 AllCast is a video player specialized in sending and playing files remotely to our Chromecast, Roku, Apple TV, Xbox 360 / One, and any other device that supports DLNA. The free version has a playback limit of 5 minutes, so if we want to fully enjoy the possibilities of this fantastic app, we will have to get the pro version. 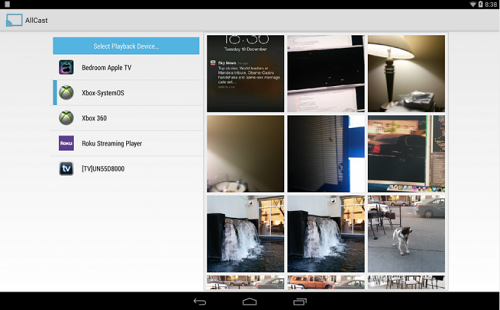 Samsung tablet video player not working, what to do?

It happens sometimes when the video player didn’t work properly, For that situation, follow the steps below to fix it.

If the Samsung tablet can't play videos under your Wi-Fi network, switch to your cellular network or another working Wi-Fi.

Resetting your tablet can restart all applications, clears temporary files, and reconnect your Wi-Fi. That may help to fix the video playback issue.

To soft reset your Galaxy tablet, press and hold the Power and Volume Down keys for 10 seconds. The tablet will restart automatically.

If there is a new update available, update your tablet to the latest version to ensure the best performance.

The offer of players is very varied and of quality. Choosing the best video player for Android is complicated, and that is why we have compiled this list with 5 alternatives, to offer you the best options and for you to choose depending on what you are looking for. 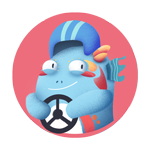 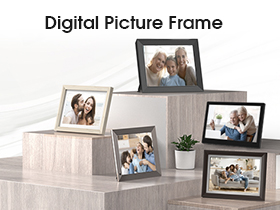 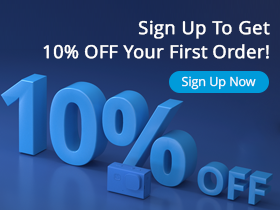